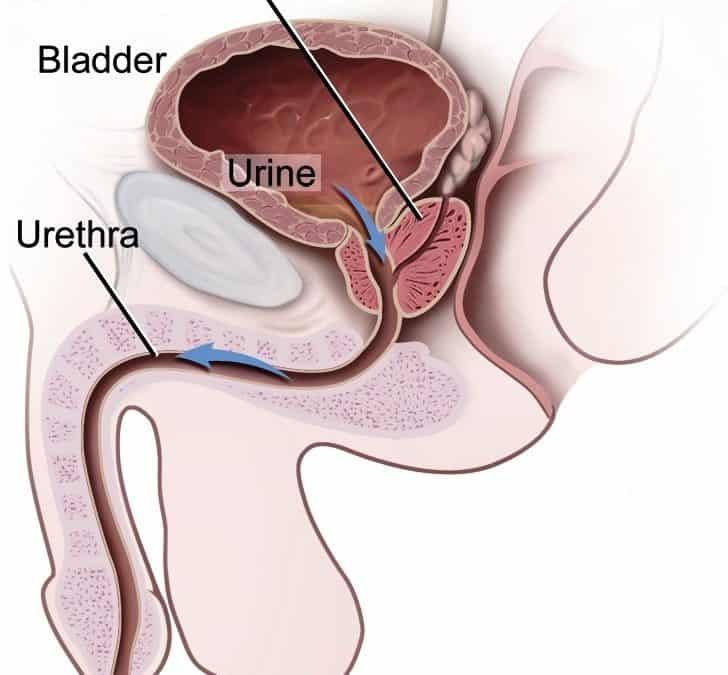 Prostate cancer is cancer that occurs in the prostate — a small walnut-shaped gland in men that produces the seminal fluid that nourishes and transports sperm. Globally, prostate cancer is today the second most common and the sixth leading cause of death due to cancer among men. With an estimated number of 1.1 million (11 lakhs) and 307,000 deaths in 2012 with almost 70% of them (759,000) occurring in the more developed regions.

The incidence of prostate cancer is more common in men above the age of 60. The established risk factors for prostate cancer include advanced age, family medical history, genetic changes, smoking and drinking, low intake of fresh fruit and vegetables, geographical area, race/ethnicity, occupation, excessive use of micronutrient, over exposure to estrogen, obesity, inflammation of the prostate, vasectomy and sexual activity/sexually transmitted diseases.

Epidemiologic studies have shown that there are geographical and racial distribution differences in prostate cancer and that its incidence is more in Western countries. The incidence of prostate cancer is very high in Oceania (Australia and New Zealand), followed by Northern America, Europe, Caribbean countries and less in Asians. This large disparity in the incidence of prostate cancer may be due to a combination of genetic, environmental factors, diet, lifestyle, widespread clinical examinations, and most importantly, access to preventive and diagnostic services such as PSA testing in developed countries.

India has traditionally had less incidence of prostate cancer. In India, it is the second most common cancer among males as per the Indian Council of Medical Research (ICMR) and various state cancer registries. The incidence rate in India is 9-10/100,000 population which is higher than other parts of Asia and Africa but lower than USA and Europe. The age-adjusted incidence of prostate cancer in Mumbai was approximately 18 times less than that observed in African Americans. However recent reports indicate that their numbers are increasing across the regions and it is now theorized that it is not far behind the rate observed in Western countries.

1.Trouble in urinating
2.Decreased force in the stream of urine
3.Blood in semen
4.Discomfort in the pelvic area
5.Bone pain
6.Erectile dysfunction

The treatment options and recommendations depend on several factors, including age, the stage of cancer, possible side effects, patient’s preferences and overall health. The commonly used modalities include the use of surgery, chemotherapy, and radiation therapy either alone or in combination. In addition to this androgen deprivation therapy is also used,

The other important test to detect prostate cancer is the digital rectal exam (DRE), where the doctor inserts a gloved, lubricated finger into the rectum to examine the prostate that is adjacent to the rectum. If the doctor finds any abnormalities in the texture, shape or size of the gland, he may suggest tests. PSA testing combined with DRE is helpful in identifying prostate cancers at the earliest stage in most instances. However, prostate cancers have been seen in people with PSA less than 4 ng/mL. When in doubt the doctor may suggest transrectal ultrasound or MRI fusion to further evaluate the prostate and confirm the condition with biopsy from the prostate.

Dr Suresh Rao the Director of Mangalore Institute of Oncology (MIO) stated that prostate cancer is a common cancer among men in Mangalore and that its incidence is increasing. He said that at MIO we have adopted a new protocol of Stereotactic Body Radio Therapy (SBRT), where hypo-fractionated dose of radiation is used to achieve optimal effects in a shorter time period. MIO is one of the first center to have devised this India specific treatment protocol for control and cure of prostate cancer and this novel dose protocol achieves optimal tumor kill without causing side effects. For the patient and the caregiver it reduces the burden of hospitalization and travel. Dr Rao further stated that that the best way to prevent it is by reducing the risk by choosing a healthy diet full of fruits and vegetables, lifestyle modification with regular exercise, a regular check up and to consult doctors when there is a family history of prostate cancer and/or expression of symptoms, as prevention is always better than cure.