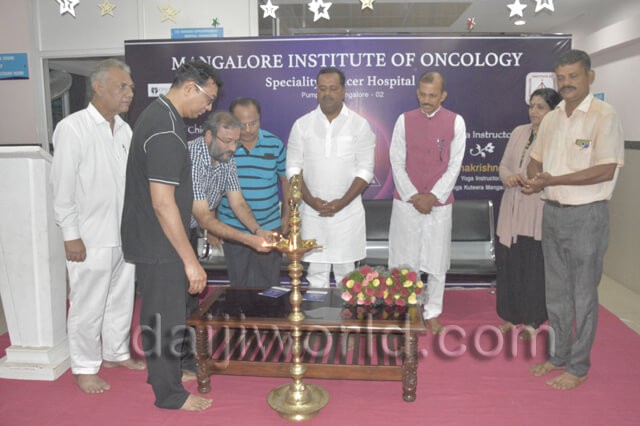 MIO, celebrated International Yoga Day on Thursday, June 21.The occasion was graced by UT Khader, minister for urban development as the Chief Guest and K Radhakrishna Shetty, the director of Yoga Kuteera was the guest of honor. 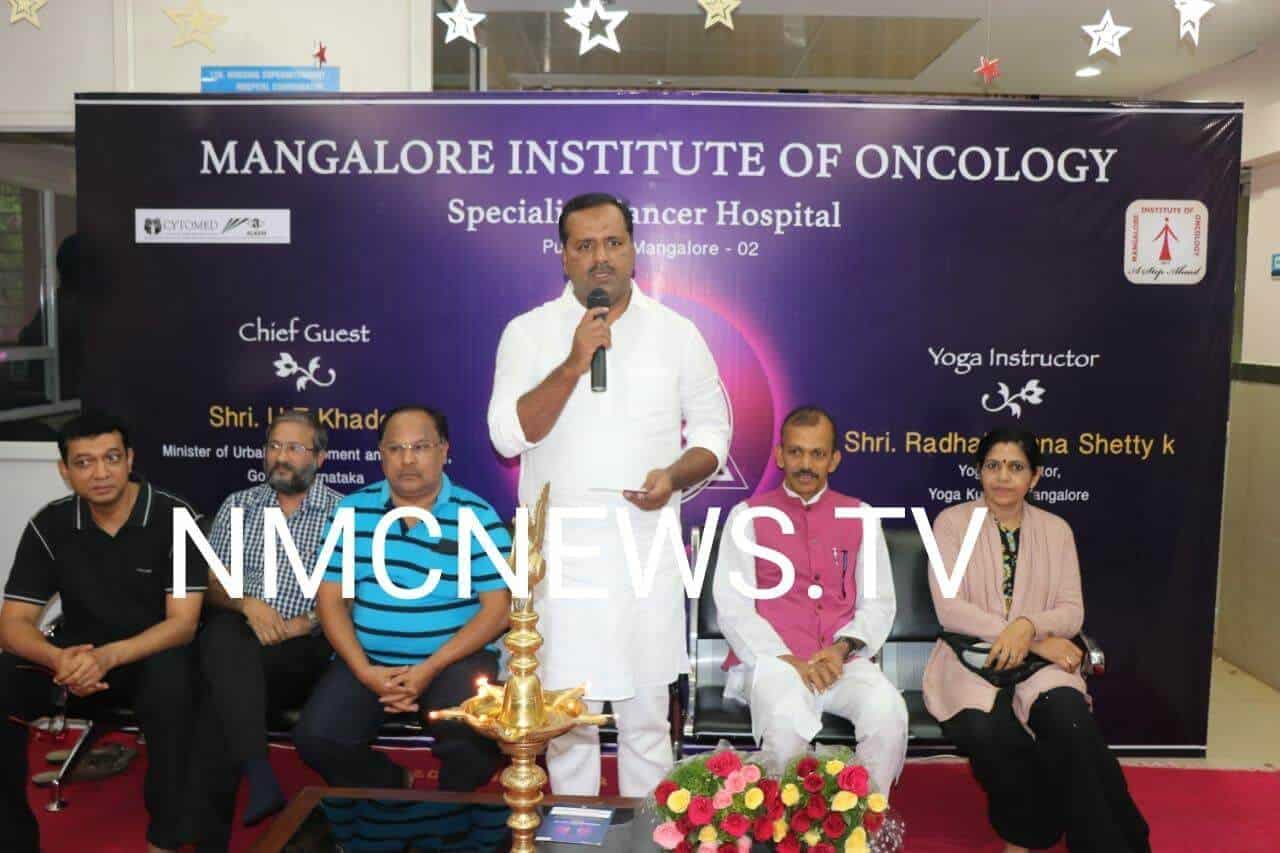 Yoga, the traditional spiritual and ascetic discipline is practiced in India since time immemorial. It includes breath control, simple meditation, and the adoption of specific bodily postures, and is proved to contribute to our physical and mental well-being. Considering the immense benefit it imparts to the regular practitioner, the United Nations General Assembly has unanimously declared June 21 as the International Day of Yoga Day in the year 2015. Since then Yoga day is celebrated throughout the world by people all walks of life.

Yoga is very useful in preventing/reducing various ailments and is recognized to be useful in cancer treatment and later. Reports from around the world indicate that yoga incorporated in the post treatment schedule for faster recovery and good health of the cancer survivors. In this regard the slow, gentle movements and meditation helps the debilitated patients recover without taxing the body and with time this will lead to reducing fatigue, shortness of breath, and other symptoms of cancer and cancer treatment.

Yoga is also shown to maintain flexibility and reduce symptoms of fatigue, insomnia, and pain that affect the quality of life in cancer survivors. Studies have also shown that that yoga modulates neural, hormonal, and immune functions at a cellular level and offers beneficial effects to the regular practitioners. In recent years the uses of yoga has been evaluated in many studies and are explained in short in the following section.

Yoga reduces anxiety: In cancer survivors anxiety is a major issue and at times it is so severe that medical help is needed. Yoga is very beneficial in reducing anxiety and the breathing practices in Yoga reduce anxiety associated with cancer.

Yoga increases appetite: In cancer survivors loss of appetite is a major issue and this affects the diet and recovery process. The light physical exercise associated with meditation and breathing results in an improvement in appetite and in general health.

Yoga reduces stress: Cancer survivors go through a lot of physical, mental and psychological stress. Yoga has been shown to reduce the stress and research indicates it extends also in cancer survivors. Regular practice of yoga is shown to cause less stress in survivors. To further validate this, research has also proved that Yoga lowers cortisol, a hormone secreted during stress in patients with breast cancer.

Yoga reduces insomnia and improves sleep: Research indicates that Yoga helps people having difficulty in falling asleep or remaining asleep. By enhancing the sleep quality yoga reduces the physical and mental fatigue and will improve the quality of life.

Physical benefits of Yoga: Studies have shown that Yoga helps to improve flexibility, strength, muscle tone, and balance; all of which is extremely beneficial in improving the physical activities and general well being.

Dr Suresh Rao said that his experience at Mangalore Institute of Oncology (MIO), suggest that patients who perform Yoga are doing much better and have resumed their job early. He also expressed that Yoga is especially useful in cancer survivors who are also afflicted with co-morbidities like diabetes, hypertension, arthritis and asthma as it improves their general health status and overall quality of life. Additionally, preliminary reports from around the world indicate that Yoga is beneficial in preventing regrowth and spread of cancer possibly by reducing obesity which promotes/triggers cancer growth and progression. Dr Rao also said that MIO has initiated Yoga training for mitigating psychological distress and in regaining better health and the results are very encouraging. On a cautionary note Dr Rao said that Yoga is very useful but some positions may cause strain on ligaments and joints, and could be detrimental to some people. Therefore discuss with the treating doctor before initiating it and practice this with trained Yoga experts. 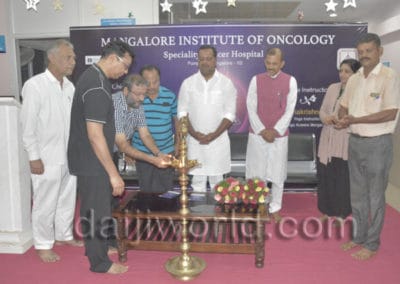 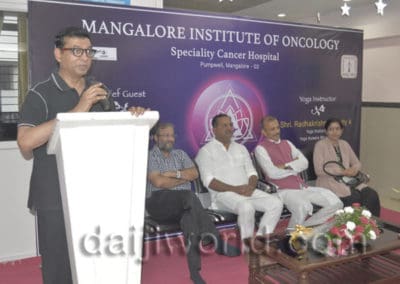 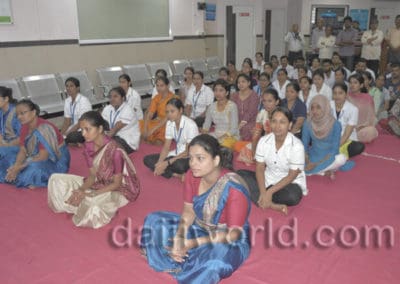 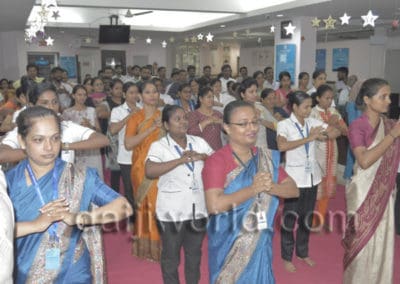 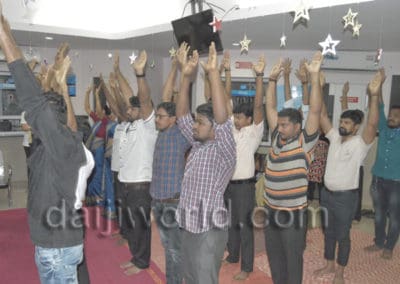 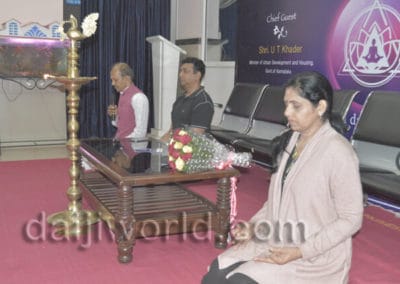 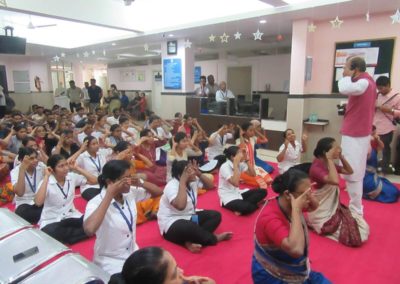 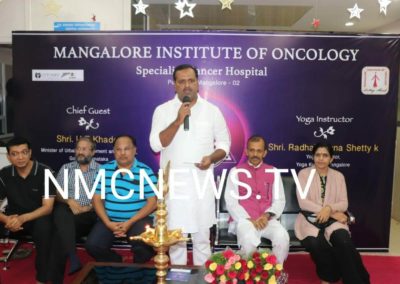