Effective Treatment of Tongue Cancer with Brachytherapy: A Complicated Procedure Mastered at Mio 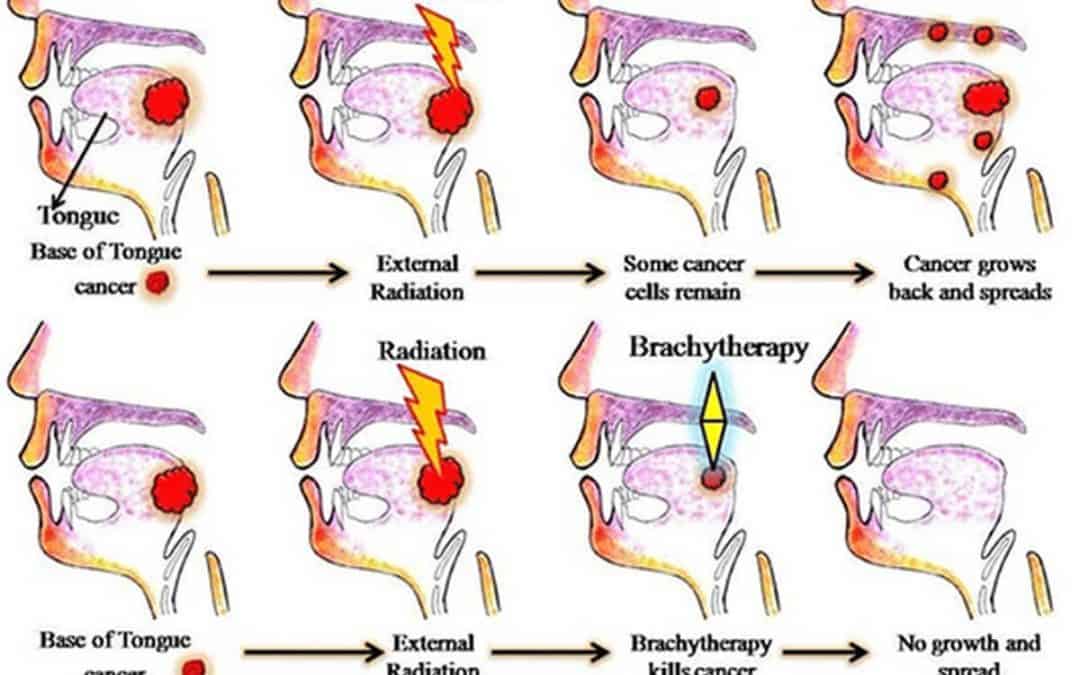 Cancer of base of tongue (BOT) that is the posterior most part of the tongue before the throat is very common in India. Unlike other cancers affecting the oral cavity, cancers developing in BOT region are very difficult to diagnose as the part is not visible to the human eye and needs special instruments for detection. Due to this reason most cancers of BOT are diagnosed late when the cancer has grown big and obstructs eating and swallowing. The discouraging aspect of cancers of BOT is that surgery is very difficult to perform. Under these conditions the use of ionizing radiation is the most suitable treatment option as the treatment does not compromise on the patients oral functions and is devoid of side effects.

The radiation used in cancer treatment is known as ionizing radiation and treatment is delivered from an outside source for 6 to 7 consecutive weeks. However some cells survive the radiation-induced cell kill, regrow and appear within 1 to 3 years after the completion of the treatment. The tumor formed of these residual cancer cells are very difficult to control, aggressive, and spread to various organs, thereby leading to the death of the patient.

At Mangalore Institute of Oncology, a cancer specialty hospital has developed a refined technique that takes care of the residual cancer cells. A form of treatment known as Brachytherapy has been the standard treatment in Europe and America especially for BOT. Brachytherapy is used to treat smaller areas and involves delivering higher doses of radiation to more-specific areas.

In this procedure a short life radioactive material is placed in the middle of the tumor and this eliminates all the residual cancer cells that have survived radiation. Additionally, the overall treatment time is very short (which in most cases is two days) and is less strenuous to both patients and their care givers. The use of Brachytherapy for BOT cancer has these benefits for the patients:

1. Avoidance of potential surgical disfigurement and preserving the structure and function of the vital organs important for eating, chewing, drinking and speaking.
2. Prevent/reduce radiation exposure to critical structures like brain, spinal cord and eyes.
3. Useful in controlling previously irradiated tumors that are regrowing.

Brachytherapy requires very highly specialized and skilled doctors and not all centers in India have the expertise for it. Our experience has shown that brachytherapy following radiation causes complete cure in early stage cancers and the treated patients have good quality of life especially with respect to eating, swallowing and speaking. This treatment has changed the management of cancers and is highly beneficial for people with oral/tongue cancers. 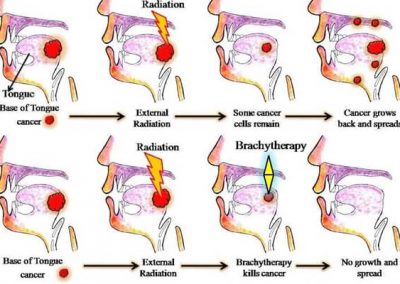 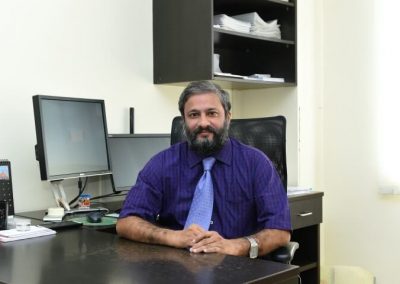